I liked show tunes and danced and sang in local musical theater, not at stupid rock music shows by bands on the radio. It was not until high school that one of my friends, who had actually lived in England for a few years, turned me on to bands like The Kinks, David Bowie, T-Rex, Sweet, and Mott the Hoople — the glitter and glory of the glam 70s British bands- that I took any interest in rock music at all.


They were the perfect introduction. Just the right blend of music and madness, costume and spectacle, to send me over the edge of the cliff, going headfirst deep into strange new waters to join in the waves of the sea of scream-teen fans. Theatrical enough to thrill me, intellectual enough to appeal to the snotty-nosed little theater snob I was.

A Checklist of Critical Publications on John Clare, 2001-2010

Gorgeous to look at and sexy in a sophisticated way, not down and dirty, raw and raunchy. This was proper theater all right, at its best. Highbrow as well as low-down; hot as hell, and unbelievably cool, which I definitely was not. I was about as UN-cool as you could get. They were a bit bizarre, strange, unique, and creative-— just like me! The whole story changed forever, however, when I first saw Queen and their gorgeous, blonde drummer Roger Taylor. I just fell in love, with both the band, and the boy. Never set out to be a part of the rock scene, and I never expected or imagined it.

I was just a kid who wanted to find out how to go about getting an autograph from her favorite band, with my best friend Nina, who lived next door, who loved Queen as much as I did.

I was a loner and misfit in the neighborhood; I had nothing else better to do. At school a loser, a freak, a scrawny and skinny little freckle-faced outcast. The only time boys at school noticed me was to make fun of me. Not exactly typical glamorous groupie material meant for radio superstars.

The only reason we ever started hanging outside the backstage door for every show that came into town was to figure out how to get backstage passes for the next time Queen came to town.

We would show up long before a show, and hang around outside, fidgeting and giggling, hoping the band would get out of their limo outside the back door so we could goggle, and fuss over and paw at them. We never expected to be invited into the hallowed halls or see what happened behind the magic blocked and locked door, or never expected to be a welcome guest at any of the parties.

I was growing up faster and tougher than she was from hanging out with my new friend Susan, a wild child, fearless, daring and ambitious girl who wanted much more than mere autographs. She was a friend of a friend who had happened to call me one night as I was going out the door to see The Kinks all by myself. We arrived at the gig late and were forced to buy tickets instead of trying to talk our way in the back door.

I recognized it immediately. It was a VIP all—access backstage pass. Susan disappeared into the backstage and was back with one for me less than ten minutes later. I knew at that moment she was a natural, and my new good luck charm. From then on, we were inseparable. I think they were just thrilled to be asked. Even Susan and I realized what a crazy thing it was to do after only an hour or two on the road, so when the bus stopped to gas up in Baltimore, close to midnight, we two came to our senses and gave up the insane adventure the one and only time we ever chickened out on anything, I think and jumped off the bus before we could change our minds.

How are you going to get home from here?

We sure as hell were not going to tell him we had no choice but to hitchhike forty miles or more down the interstate in the middle of the night. He was such a lovely thing, so sweet and as beautiful inside as he was on the outside. I really did not want him to be worried or upset. He was so young when Cheap Trick hit it big; he was not much more than a teenager either, so I laughed or shouted back.

We can just fly like you, or float home if we have to. Yes, that was us. We were only happy if we got inside every single show that came into town free. We approached it single-mindedly as a science. We made friends with every crew we could, every gig, every tour, and found out when and with what band they would come back to town. We would get the names of their friends on other tours to watch out for, and to ask for personally. We flirted unmercifully with every person working every door, and every goon operating security at every local event.

We made friends of every union stagehand, chatted up every truck driver, T-shirt shirt man, all the sound-men, and the entire lighting team. We sweet-talked every gaffer, rigger, and roadie in sight and cozied up to every regular hotel employee at all the hotels the bands were always booked into.

We flattered and fussed over every limo driver for a hundred miles around. We made sure we knew everyone and made sure we were known and appreciated by every promoter as well behaved and worth having around, not sleazy, low-class troublemakers. To find out where the best parties were going to be, we did detective and surveillance work that would have made Phillip Marlowe proud. They all soon learned there was never any hope of us doing sexual favors for passes for any show, like some of those girls at the back door, but you could always count on us to show up at 10 am, bringing fresh baked cookies or a homemade meatloaf for lunch, in order to keep the bored, exhausted boys who lived on the bus company and entertained on a long, hard day and night out here in the middle of suburban nowhere somewhere in Maryland, or Virginia or Washington D.

C or Baltimore. Even better, we invited all our available girlfriends to come down to the gig at show time if they were willing to give them passes too. In addition, best of all, we could always point out the best local dope dealers. Most of all, we truly cared just as much or more about our friendships with the roadies as we did about meeting the bands. That was what made all the difference, made us special. We had a genuine desire to get to know them because they were much more interesting than the local boys our age could ever be, and we really wanted them to have a nice time while they came to town.

It was always appreciated when someone would let us in free or give us a pass, and we made sure they knew it and treated them decently so we got the same appreciation, treatment and respect back. After all, I did say we were fairies, not angels. But we had a certain set of morals and high standards and ethics when it came to our behavior and reputations, and a limit to how much bullshit we were willing to tolerate.

We grew to be known as people you should be kind to, look out for, and take care of when you came to our town. I wish I had some sort of fabulous story about the first time I saw Eric sing, twenty years before this long late-night drive to the festival.

I can recall clearly all kinds of other silly things, like the color of the T-shirt on the guy who saw me hanging around the dressing room door who gave me a backstage pass after my girlfriend Carolee left early, the musty smell of the dressing room, and the worn, washed out colors on the paisley upholstery of the couch backstage. But not a moment of the performance. It was shocking to me, but most likely not a surprise to Eric, his band, the crew and every girl in the audience. It must have taken quite a bit of guile and manipulation on one or most of our parts.

Nevertheless, I will never forget how intently he listened to me. He took me, and what I had to say so seriously. That was definitely something I was not used to and never expected. I got his total and undivided attention all night. He was kind, respectful, and polite and treated me like a human being, not a dumb, pretty young girl he wanted nothing more from than to see naked however possible.

To him, I was worthy of respect, with value other than just physical, and something of import to contribute well worth paying attention to. He was fascinating to me, and to my great bewilderment, somehow I seemed to fascinate him. We talked about life, religion, art, and politics. When I spoke, he really paid attention to what I had to say, seemed to appreciate it, and asked good thoughtful questions that made me think carefully and make myself very clear.


One thing about Eric is when he was with you; he really was there, all the way. He was full of mischief, charm and curiosity, very bright and funny, with a sly sarcastic wit.

Lucky me, I found myself receiving one-hundred percent of his time and attention, and his very laid-back, yet still somehow very intense concentration that night and many more to come later over the years. There was never an act or a front. He did not fake anything or try to fool anyone, at least in my experience. Despite all the horror stories I had heard about his misbehavior over the years from fan magazines and talk among people in the business, I personally never saw him be anything but charming and gracious to anyone. 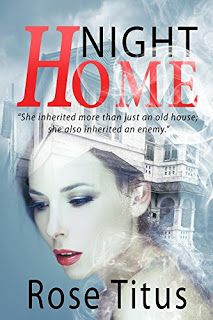 Especially me. I was a sheltered little kid in so many ways and had never been taken seriously by anybody, much less gorgeous, sexy, famous rock stars almost twice my age. And, of course, navigating my way through the flood of fans and dealing with all the bullshit that went along with hanging out backstage at the rock concerts.

I had moved to the middle of the city just a few months earlier, and took that job as soon as I turned eighteen. I was making really good money, but spent all day fighting off groping businessmen three or four times my age constantly trying to seduce me with money and treating me like a whore or an idiot.